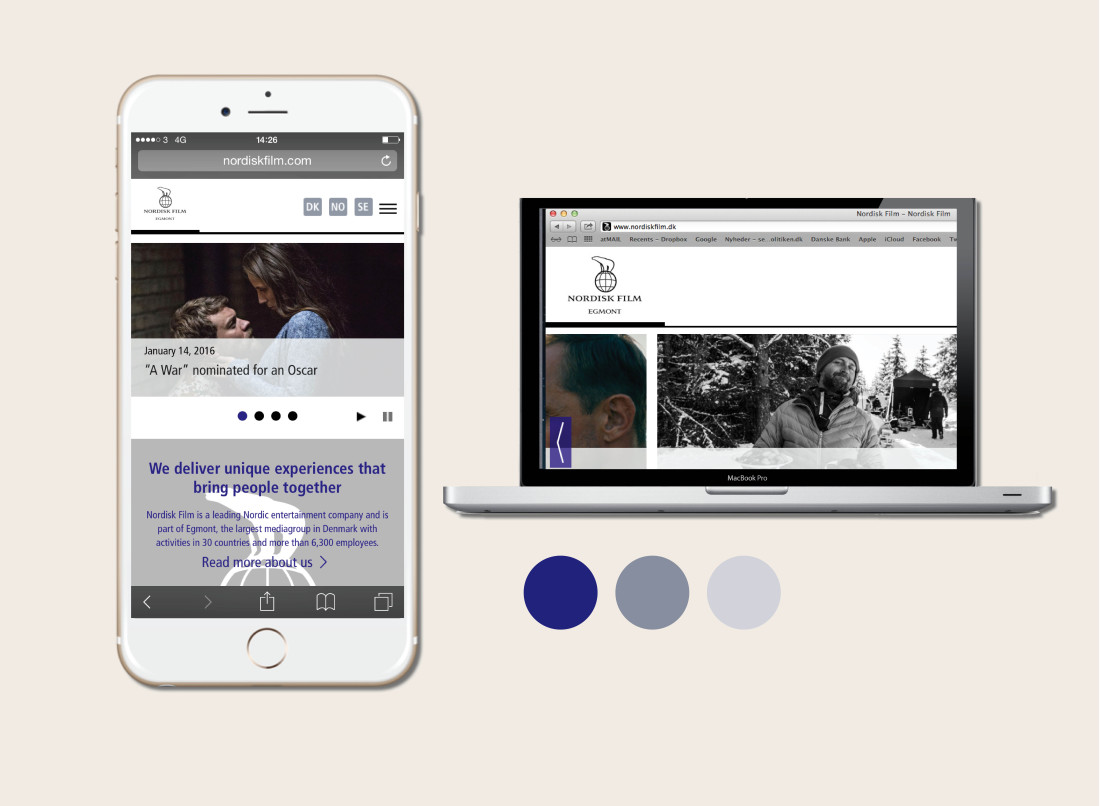 I had the pleasure to help Nordisk Film, a leading entertainment company in the Nordic region with the visual style for the new site www.nordiskfilm.dk launched in January 2015. Nordisk Film are the oldest film production company in the world (since 1906) and with that comes the strong heritage of their Polar bear logo icon. It was of course important to give a clear presence of the polar bear on the new site. I supervised the still images as well as suggesting ideas for moving. The new colours on the site was to underline the Nordisk Film identity. The site is fully responsive and is developed- and part of the Egmont platform. Egmont is Denmark’s largest media group with activities in 30 countries