2003 — 2013 Svenska Dagbladet is a strong brand and I had the trust to develop the visual identity and brand design in between 2003-2013 as the Creative Director of Svenska Dagbaldet.

I have developed and maintained the visual identity, look and feel, with the use of the same type identity for all SvD products, sections heads and magazines titles across platform.

In the work with modernising Svenska Dagbladets typeface I also was certain it was just as important to keep and maintain the title piece designed by Forsberg.

The beautiful alphabet design called »Forsberg« is an exclusive design for Svenska Dagbladet in the 1960’s. The letterform are clearly inspired by the Roman capital letter form and is a very distinct letter design. I’ve had the pleasure to work with the Forsberg type for more than a decennium in redesign projects at Svenska Dagbladet (where I was Creative Director 2003-2013) in the building of the visual identity, in print and digital. 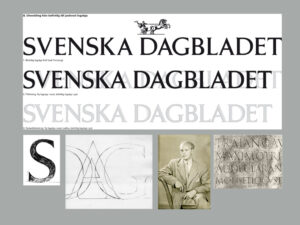 I redesigned Svenska Dagbladet in print a couple of times (2004, 2008, 2013) and the title-piece was carefully redrawn by Swedish typeface designer Örjan Nordling (2004) a specialist on Forsberg’s work with the knowledge based on the craft of a new edition of Forsbergs typeface; »Berling Antiqua« in digital called »Berling Nova«. I also directed adjustments of the Forsberg alphabet typeface: »Forsberg SvD« owned by Svenska Dagbladet. These adjustments were made by the Swedish typeface designer Mark Winelid, Typecraft AB, who also digitalised and redraw the original Forsberg typeface back in 1995. 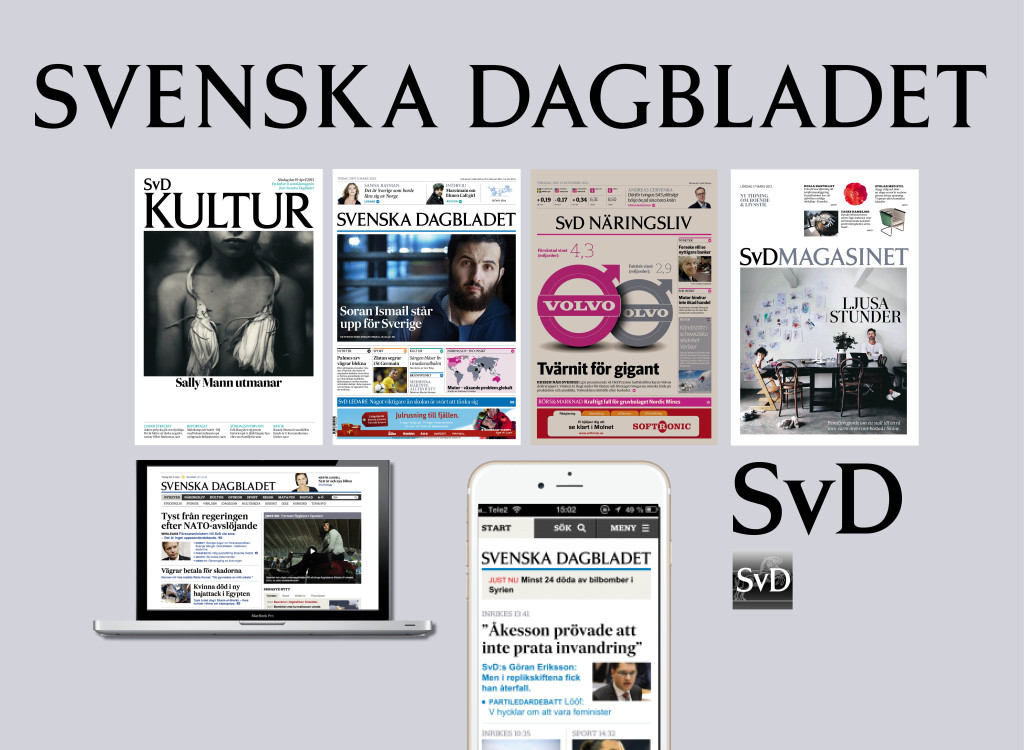